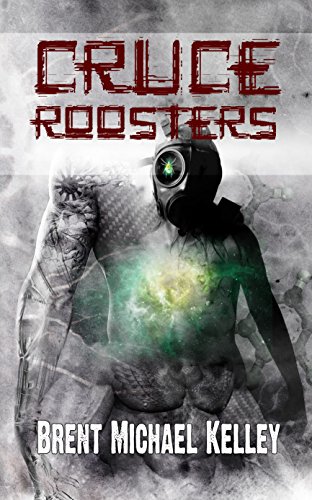 People have been asking what Cruce Roosters is actually about. Well, it’s about this:

Ladies and gentlemen, your attention please! Let me introduce tonight’s guest of honor, none other than the big guy himself… the big poppa, the never-gonna-stoppa, the cream that rose to the toppa… give it up for YOUR! PROPHIT! KING! With his golden staff, Prophit King runs the Nation, keeps you safe from traitors, and presides over that greatest of sports: Cruce!

Molly Most is the Crucecaster from G-1 whose star is on the rise. She’s on her way to being the greatest Crucecaster the world has ever seen. Molly isn’t looking for trouble, but trouble finds her when she catches Prophit King’s eye. Telling him “no” isn’t an option, but an ally might be buzzing in her ear.

The Fog of War lifts, crucibles are revealed, and two teams of Roosters clash in a brutal melee. It’s the greatest sport the world has ever known, and this time the stakes could not be higher. Staple your eyes open, and set up permanent residence on the edge of your seat for a Cruce Championship to annihilate all championships!

NOTE: CRUCE ROOSTERS IS NOT FOR KIDS.

Cruce Roosters features a whole bunch of sweet (fake) ads just like THIS: 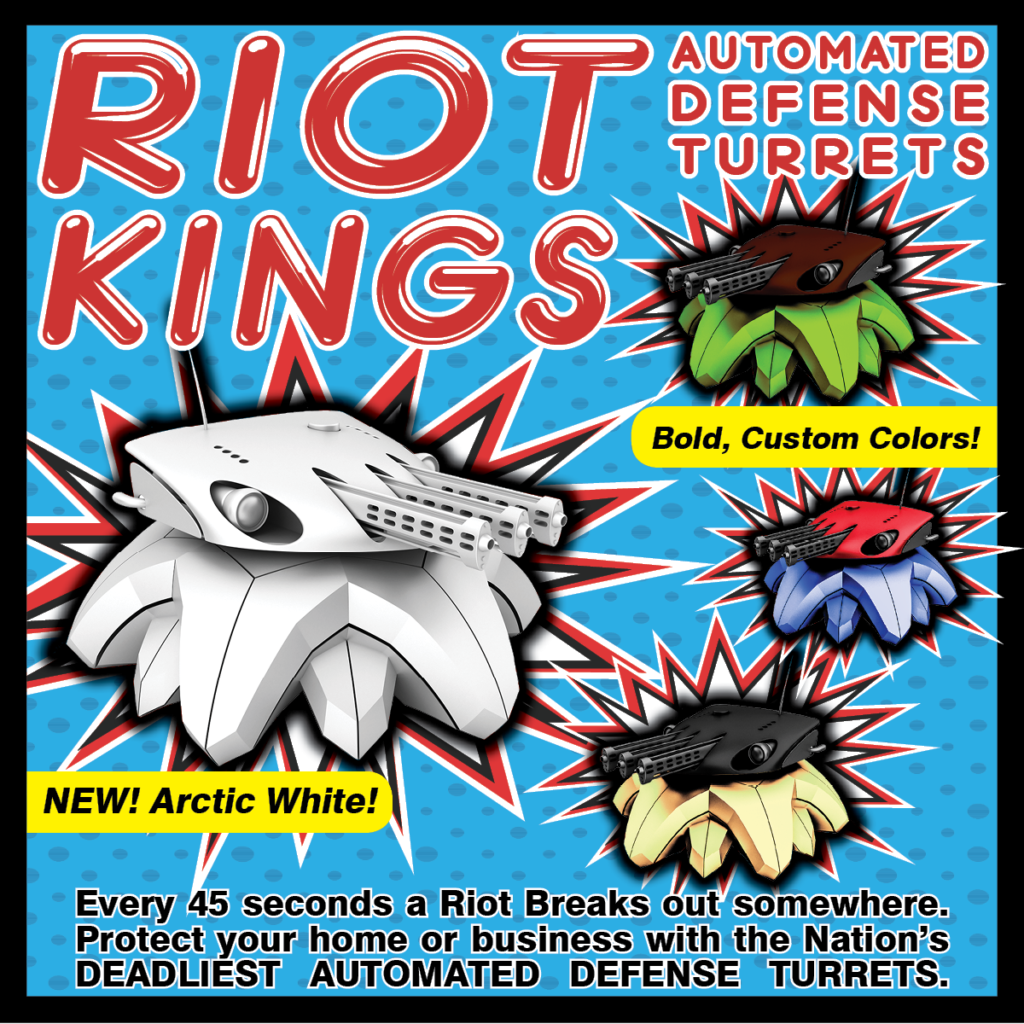 Cruce Roosters can be yours in print and ebook HERE! 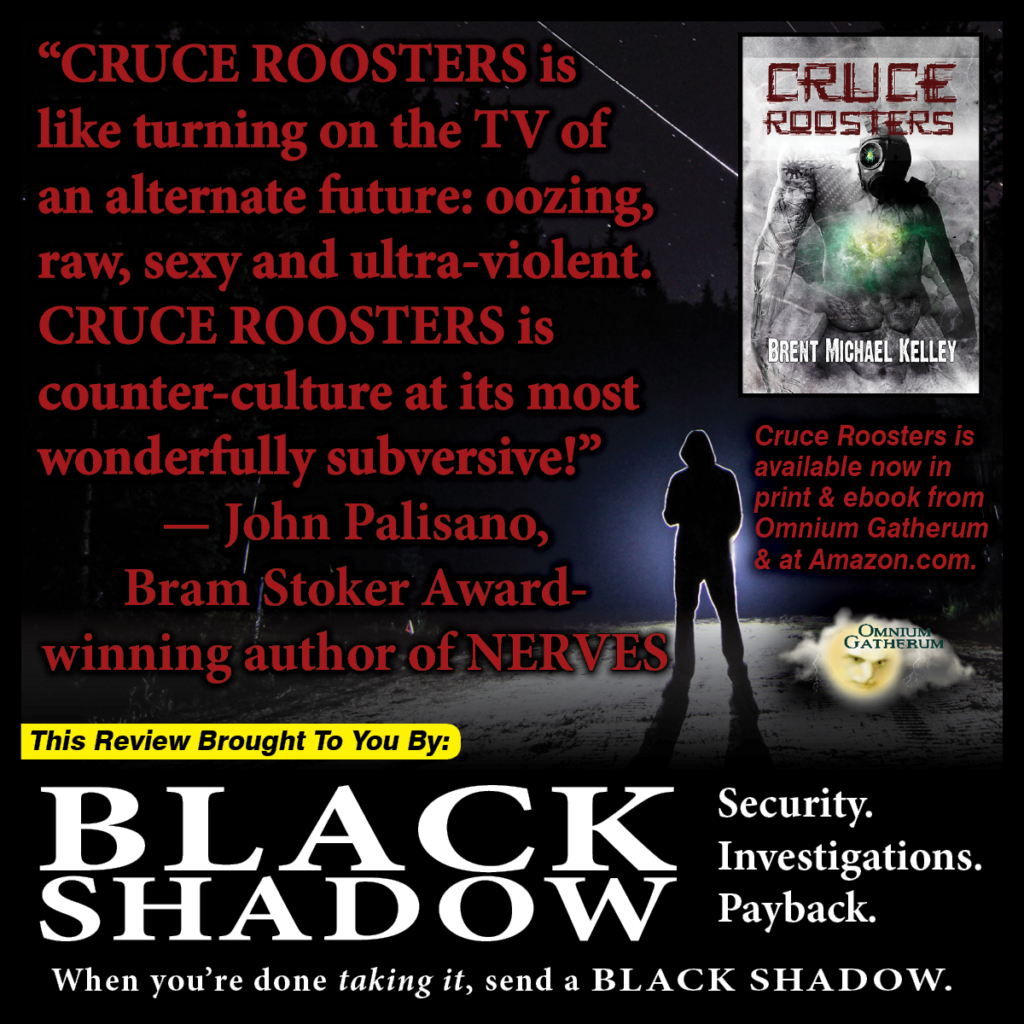 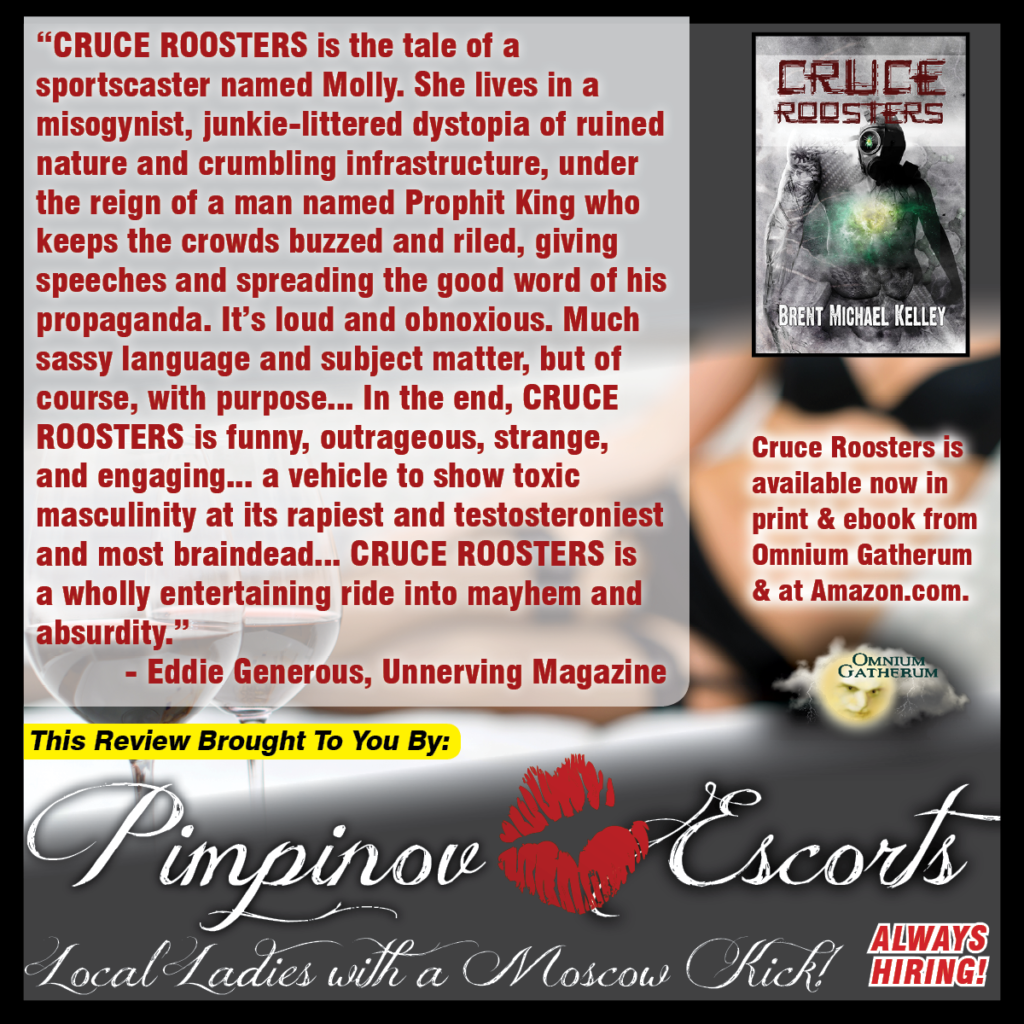 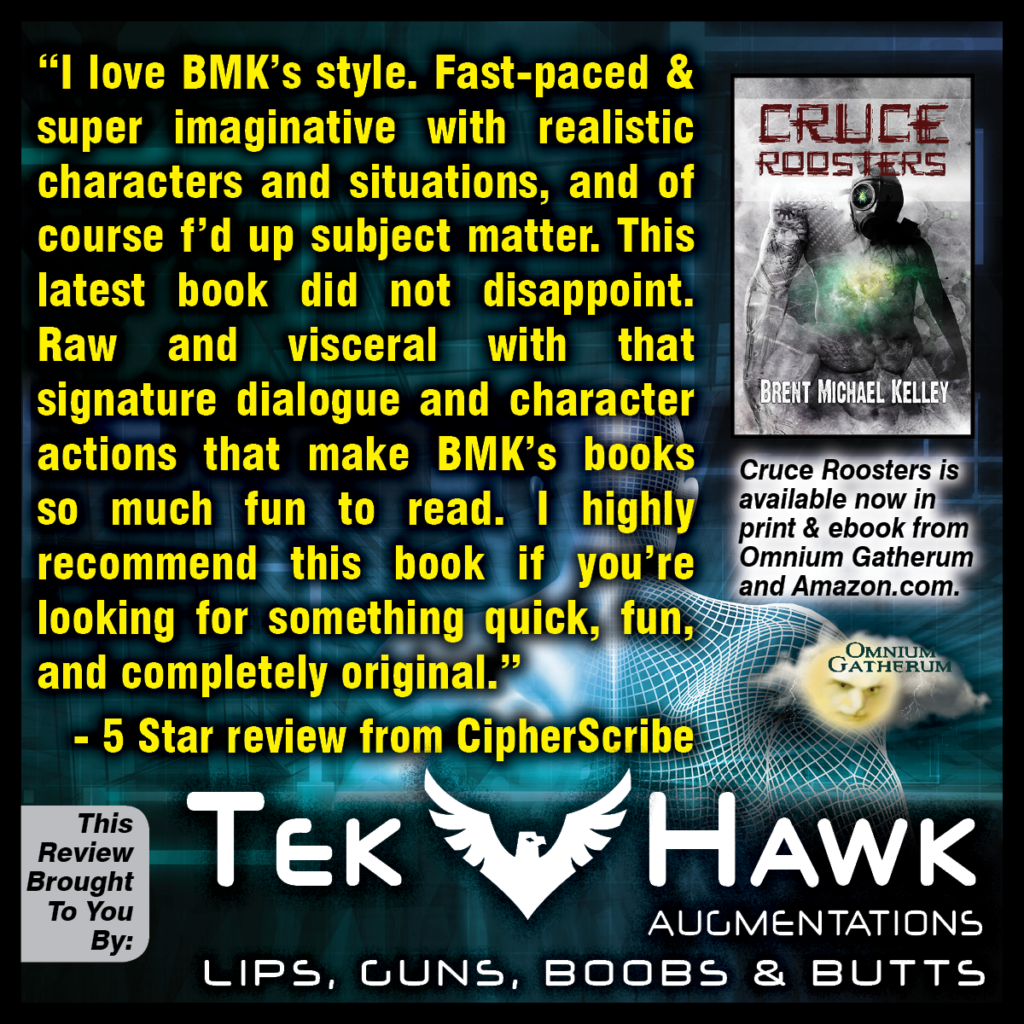 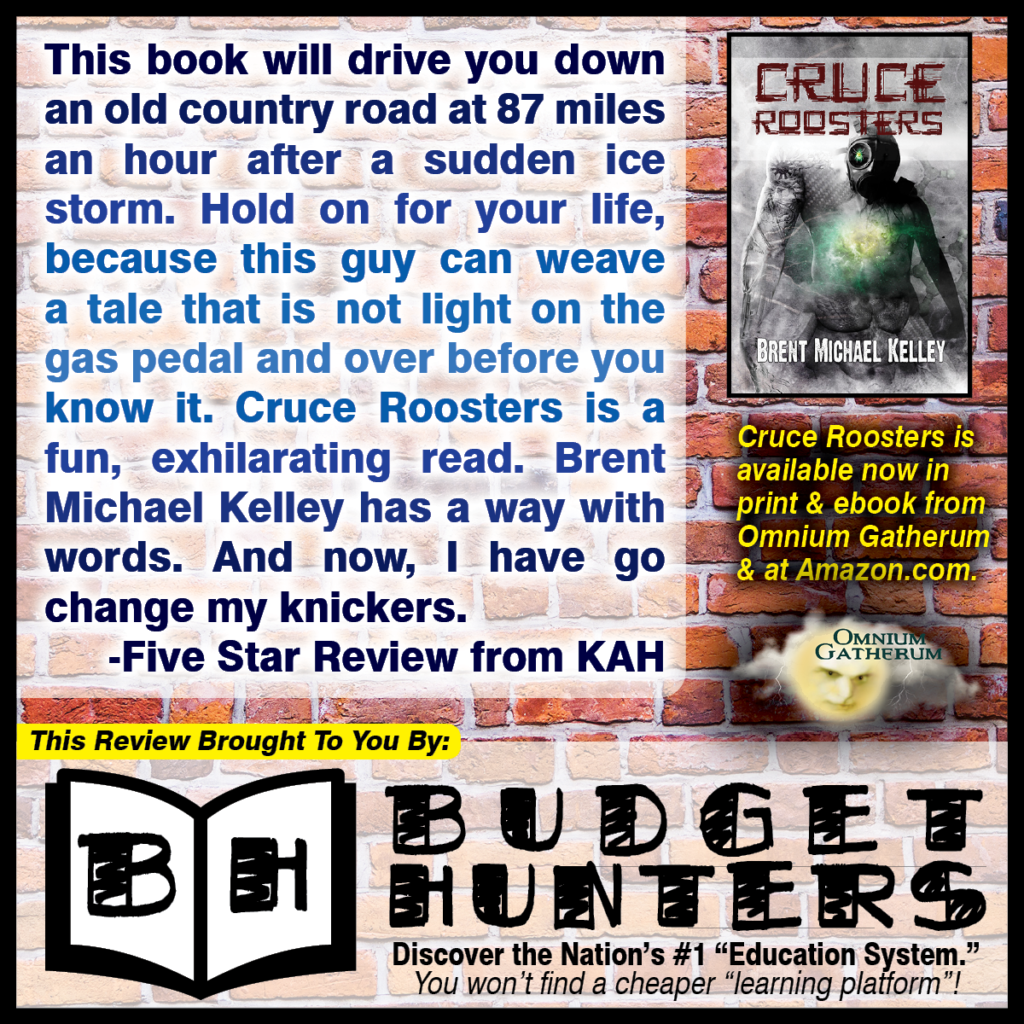 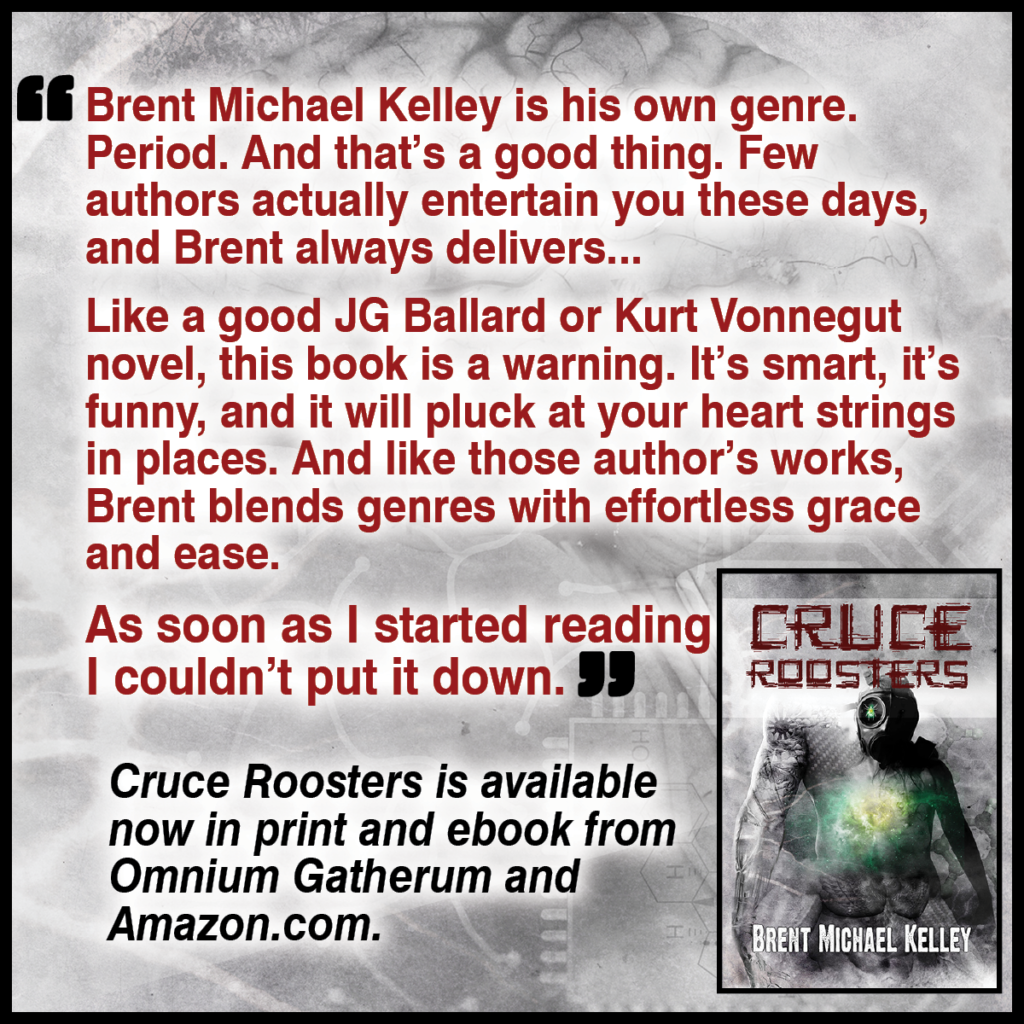